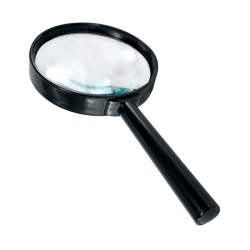 I got a hit on my blog based on the search, “Do you think it is appropriate for people to be judged based on their writing?” It’s a great question from a philosophical standpoint. But it may be an even better question from a technical perspective. What does your writing say about you?

Magazines make it seem so simple. Tell them your favorite dessert or 90s rock band, and they’ll tell you what sort of person you are. Maybe there will be some science behind it. Maybe the descriptions will be just general enough to have a sliver of truth that applies to everyone. But writing is more complex and personal. It should be a better indicator of personality, right?

The short answer is, probably not. Students and beginning writers don’t have the skills to control their message. Their work lacks subtlety and nuance. As a result, their expressions may sound much stronger on the page than they intend—stronger, in fact, than the writer feels. Newbies also have little understanding of audience reaction, so their prose can elicit a negative response that they never expected. And by definition, they’re still learning grammar, usage, style, and form. Mistakes are natural, and not a good indicator of potential.

Intermediate writers have a better sense of their strengths and weaknesses. They understand audience reaction, but they haven’t yet mastered all the skills needed to create the desired effect. They may overcompensate—for instance, by adding too much sensory detail because they naturally tend toward the abstract. And in areas where they excel, their writing is polished to suit the purpose of their prose. It may sound natural, but chances are, they crafted it to sound that way.

Experienced writers may adopt a persona in their writing. They may appear to reveal private details about themselves or their mindset, when in fact they’re using practiced techniques to create an impression or to manipulate audience reaction. They may play devil’s advocate. They may use irony or satire. They may express an opinion that’s the opposite of their own because someone’s paying them to do it. (After all, writers have to eat.) They may be writing according to the requirements of a particular genre that doesn’t allow them to reveal their true self. Or maybe they’re private people who don’t want to reveal their true self.

Writing is controlled communication. It’s impossible to tell which elements of a written work express the writer’s personality; which are the product of craft; and which are artifacts of the writing process. To judge someone based on their writing is misguided at best. The purpose of writing isn’t self-revelation. The purpose is to transfer knowledge from the writer to the reader. And in that space between writer and reader are truths and falsehoods that neither could have imagined on their own.

5 thoughts on “What does your writing say about you?”

This site uses Akismet to reduce spam. Learn how your comment data is processed.

© Andrea J. Wenger, 2009–2018. Unauthorized use and/or duplication of this material without express and written permission from this blog’s author is strictly prohibited. Excerpts and links may be used, provided that full and clear credit is given to Andrea J. Wenger with appropriate and specific direction to the original content.

AndreaJWenger.com is a participant in the Amazon Services LLC Associates Program, an affiliate advertising program designed to provide a means for sites to earn advertising fees by advertising and linking to amazon.com.