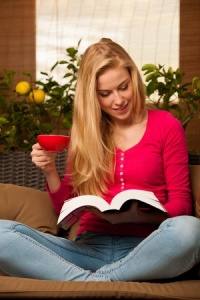 Lately I’ve come across discussions about the Myers-Briggs Type Indicator (MBTI) on the social networking sites I visit. I don’t know whether writers are more attracted to personality type theory than the general population is—but writers may have more to gain. Creative writers can use personality typologies in creating characters; technical writers in audience analysis; and freelance writers in conducting interviews.

I see the concept of personality type through a writer’s lens. I’ve read extensively on the topic to learn how it can help me in my work. My interest is humanistic, not scientific. While it’s important to understand the science behind the MBTI (both the strengths and the substantial gaps), I don’t allow science to limit my understanding. My skepticism is tempered by my knowledge of social science and the humanities. And by taking this broader view, I’ve learned a secret that the MBTI gurus probably won’t tell you.

First, some background. The MBTI was first developed in the 1940s by Isabel Myers and her mother, Katharine Briggs. It was based on the work of Carl Jung in his book Psychological Types, which first appeared in English in 1923. Briggs and Myers were fascinated by the theories in the book, and they couldn’t understand why the scientific community failed to expand on Jung’s theories to make them accessible to the general public. During World War II, when many women were entering the industrial workplace for the first time, Myers and Briggs developed a questionnaire to help housewives determine what kinds of factory jobs would best suit them. Though Myers and Briggs both held college degrees, neither had a formal background in psychology. So Myers apprenticed herself to Edward N. Hay, founder of the Hay Group, now a global human resources management firm. From Hay, Myers learned about psychometric testing and statistical analysis. From these unlikely roots sprouted “the best-known and most trusted personality assessment tool available today” (according to its publisher, CPP).

Based on preferences for each of the four dichotomies, respondents fall into one of sixteen personality types. For instance, an ESTJ prefers Extraversion, Sensing, Thinking, and Judgment, while an INFP prefers Introversion, iNtuition, Feeling, and Perception. ESTJs tend to prefer supervisory roles where they can ensure that established procedures are followed and tough decisions are made. INFPs tend to prefer roles where they can use gentle persuasion to promote their deeply held beliefs. Or so the theory goes.

Isabel Myers spent her life refining the questions in the assessment to ensure that it met the validity standards for a psychometric instrument. And generally speaking, it does (see the Wikipedia article for more information). But here’s the secret: there’s no proof that if you put the preferences for those four dichotomies together, you get a personality type.

Jung’s theory was based on anecdote and personal observation, not on the rigorous scientific testing required in the modern field of psychology. Those who are attracted to the theory find that it also aligns with their own personal observations. But many are skeptical. The science isn’t there to back it up. But a theory that’s unproven isn’t disproven.

Correlation with the Big Five

The theory isn’t all that different from the Big Five personality theory, which is widely embraced by the psychological community:

The Big Five’s Neuroticism scale may at first seem absent from the Myers-Briggs theory. But Jung’s research was all about neuroticism—the extreme kind that lands people in mental institutions. In her writings, Myers stressed the importance of balance: between inward and outward focus; between the information-gathering and decision-making functions; and between the preferred and non-preferred functions. Balance isn’t measured in the MBTI, but it’s a key concept of the theory behind it.

The Big Five, for its part, lacks the concept of personality type. It doesn’t assign letters to people based on which end of the scale they fall on. It doesn’t collate the scores on those scales to tell you whether you prefer artful action to logical planning. A lot of people like it that way. After all, it’s absurd to think that you can reduce people to one of sixteen types. Humans are infinitely varied. Yet those sixteen types can be valuable for writers, helping them create mental templates to use in their jobs.

Let’s say you’re a freelance writer conducting a telephone interview. If the interviewee is one of those artful action types (say an ESFP), you’ll probably get all the information you need and more. In fact, your biggest hurdle might be getting the interviewee to stay on topic. ESFPs are fun-loving, voluble, and acutely aware of their surroundings. They love to entertain their listeners. You’ll probably get a lot of great off-the-cuff remarks, but you may need to keep steering the interview back to the topic to make sure all your questions are answered.

If your interviewee is a logical planning type (say an INTJ), things will likely go very differently. These types aren’t really talkers unless they’re discussing a pet project or something that falls into their area of expertise. They don’t like to commit if they don’t know an answer with absolute certainty. You’ll have far more luck if you give them the big picture—what the article is about, why you’re writing it, and what you’ve learned so far. Tell them very specifically what your goal is in interviewing them. These types would rather say nothing than the wrong thing. So put them at ease, telling them what you want from them and why, and then get them talking about what they know.

For argument’s sake, let’s suppose that there really is no such thing as an “ESFP” or “INTJ” type. These are just labels that have been falsely applied to people based on their answers to an assessment founded on an unproven theory. Does this make my knowledge of personality type any less valuable? No. If I notice that someone I’m interviewing shows a tendency for extraversion, concrete perception, subjective decision-making, and open-endedness, that’s useful knowledge even if I don’t apply the ESFP label. It means I should go along and enjoy the ride, placing the burden on myself to get the questions answered without losing patience.

I’m not a psychologist—I’m a writer. I’m not invested in the scientific validity of the MBTI as a psychometric instrument. But I do find it to be an extraordinarily useful tool. It’s taught me that there are many different yet equally legitimate ways of looking at the world. It’s helped me to understand those varied perspectives so that I can better relate to those around me. Perhaps most importantly, it’s taught me to better understand myself, and to verbalize things I always knew but could never express. The MBTI has given me a new language to clarify my ideas.

How can knowledge of personality type help you as a writer? In upcoming blog posts, I’ll focus on each of the sixteen types and their writing styles. First up will be the type most likely to be a published author: the INFJ.

Related Posts:
The INFJ Personality and the Search for the Perfect Relationship

3 thoughts on “The Truth about the Myers-Briggs Personality Types”

This site uses Akismet to reduce spam. Learn how your comment data is processed.

© Andrea J. Wenger, 2009–2018. Unauthorized use and/or duplication of this material without express and written permission from this blog’s author is strictly prohibited. Excerpts and links may be used, provided that full and clear credit is given to Andrea J. Wenger with appropriate and specific direction to the original content.

AndreaJWenger.com is a participant in the Amazon Services LLC Associates Program, an affiliate advertising program designed to provide a means for sites to earn advertising fees by advertising and linking to amazon.com.